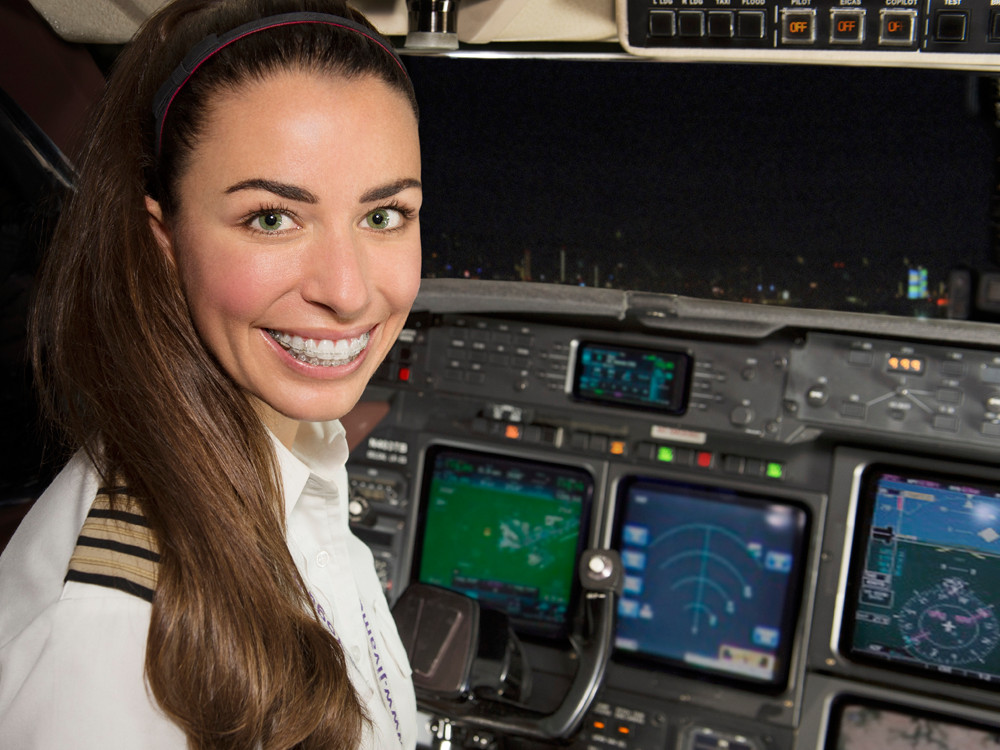 ST. LOUIS – Adults are seeking orthodontic treatment at historic levels. The number of adult patients increased 14 percent in a two-year period from 2010 to 2012, to a record high of 1,225,850 patients ages 18 and older, according to the American Association of Orthodontists’ “The Economics of Orthodontics” survey. The study asked members of the American Association of Orthodontists (AAO) in the U.S. and Canada about patients they were treating in 2012. The study was conducted for the AAO by the independent research firm, Loyalty Research Center. AAO members have collectively treated one million or more adults consistently since 2004, even during the height of the recession.

“Many of our adult patients are telling us it’s time for them to get their smile on track,” says Gayle Glenn, DDS, MSD, president of the AAO. “Adults patients often have gone years – even decades – trying to hide their teeth, while not even entertaining the idea of orthodontic treatment because of misplaced concern about having treatment as an adult. The good news is that today’s wide variety of innovative treatment options can make the process of orthodontic treatment barely noticeable, while offering the dual lifetime benefits of improved oral health and a more attractive smile. Adults are thrilled to know that the help of orthodontists is available to them.”

Patients of all ages seek out orthodontists, who are dentistry’s specialists in orthodontic care, for their expertise in straightening teeth and aligning the bite. After dental school, prospective orthodontists receive an additional 2-3 years of specialized education in orthodontics at an accredited orthodontic residency program. Only those who have successfully completed this demanding formal education may call themselves “orthodontists,” and only orthodontists are eligible for AAO membership.

More men are opting for orthodontic treatment, according to the study. As of 2012, 44 percent of adult patients were male, an increase of 10 percentage points, or 29 percent, as compared to 2010 survey results.

A separate study conducted by Wakefield Research for the AAO in 2012 offers insight for this increase in adult patients. People generally equate social and professional success with an attractive smile. The

more than one-third of respondents who reported being unhappy with their smiles believed that with better teeth they could have a better social life, a better love life and a better job.

Another factor contributing to the increase in orthodontic patients may be the affordability of treatment. The study says that 56 percent of all new patients had dental insurance that included orthodontic benefits. Coupled with flexible spending account funds (FSA) and payment plans offered by most AAO members, patients are able to fit treatment into their budgets.

There is more good news for today’s patients. Advances in orthodontic technology have shortened the time in treatment, while lengthening the amount of time between appointments. AAO members report the average interval between appointments during active orthodontic treatment was six weeks in 2012, and that total treatment time averaged 22 months – less than two years, and a decrease of one month as compared to results in a 2008 study.

“Orthodontic treatment is very do-able and manageable,” Dr. Glenn says. “Our patients are finding that orthodontic treatment can complement their lifestyles, and is compatible with their professional needs and their social lives. It’s necessary to see the orthodontist only every several weeks, and even at the outset of treatment, the end is in sight. Many patients begin to see changes in their smiles not long after treatment begins, which delights them and their orthodontists.”

“Orthodontic treatment is at its highest point ever,” observes Dr. Glenn. “Even with the difficult economic times we’ve been through, the message is clear that a healthy, beautiful smile is priceless.”