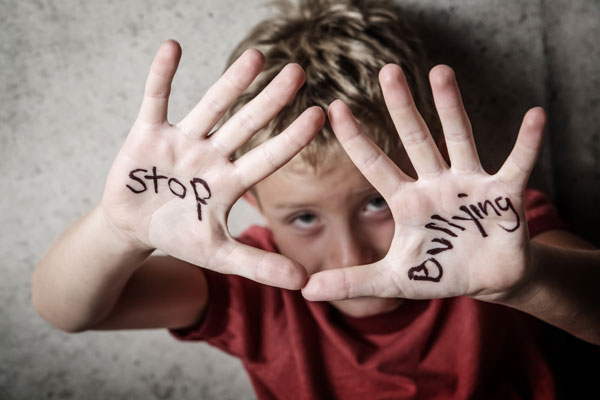 St. Louis, MO – Dec. 17, 2013 – Unattractive teeth in 11-12 year olds may be linked to bullying, according to a new study published in December in the American Journal of Orthodontics and Dentofacial Orthopedics. The study, which was conducted among sixth grade students in Amman, Jordan, reveals a significant percentage of children experiencing bullying as a result of dental and/or facial appearance. Teeth were the number one targeted physical feature to increase a child’s chance of being bullied, followed by the child’s strength and weight.

A panel of top U.S. orthodontists concurred with the findings of the study, saying they believe the bullying among Jordanian children can easily translate to the experiences of American children. The panel of 12 orthodontists who hold positions of influence with the American Association of Orthodontists (AAO) report that they have treated many young patients who were teased and even bullied because of their teeth.

According to the Jordanian study, the four most commonly reported dental-facial features targeted by bullies were spacing between the teeth, missing teeth, the shape or color of the teeth and prominent upper anterior (front) teeth.

The purpose of the study was to:

Gayle Glenn, DDS, MSD, president of the American Association of Orthodontists, reports that orthodontists have long been aware of the relationship between serious dental problems and self-esteem – no matter the age of the patient. “A person’s smile is very important in communication and interpersonal relations,” says Dr. Glenn. “Teeth are very noticeable, so when they are unsightly or poorly aligned, this can be an easy target for teasing or bullying. Parents will often tell us that their child is being ‘teased’ about the appearance of his/her teeth.”

Members of the AAO panel have found that early orthodontic treatment on a child being bullied can have a major beneficial psychological effect.

“I was one of those kids, and was bullied because of my overbite. I begged to get it fixed,” said Dallas orthodontist Michael W. Ragan, DDS. “Probably one of the most overlooked areas of research in orthodontics today is trauma and the psychosocial effects on a child with severe crowding and overbites. I firmly believe that early treatment is one of the most beneficial things for a young kid’s self-esteem.”

Dr. Glenn said it is common to see a patient’s self-esteem and self-confidence improve while in orthodontic treatment, and even more when their braces are removed after treatment is completed. Often, significant improvement in appearance can be seen during the first 3-6 months of orthodontic treatment.

She added that not all children with poor dental-facial appearance are candidates for “early orthodontic treatment,” which is initiated while the child still has some or many of their primary or “baby” teeth. “Many times the problem is transitory and part of the normal process of tooth eruption,” Dr. Glenn said. “Reassurance is often helpful in these cases. Often young children and their parents benefit from being seen by an orthodontist and knowing that orthodontic treatment can improve their condition in the months or years ahead.”

The AAO recommends that children get a check-up by an orthodontist no later than age 7 to determine if and when orthodontic treatment will be needed. More than 4.6 million children and 1.2 million adults in the U.S. and Canada are currently being treated by members of the AAO.

Zaid Al-Bitar, BDS, MSc, head of the orthodontics and pediatric dentistry department at the University of Jordan, and one of the study’s authors, created a summary video of the study, which can be found at https://www.youtube.com/watch?v=Ra-TPj0A8as.

The complete study is posted on the American Association of Orthodontists website: